Home » 40 Pro Athletes Who Have Had Stem Cell Treatments 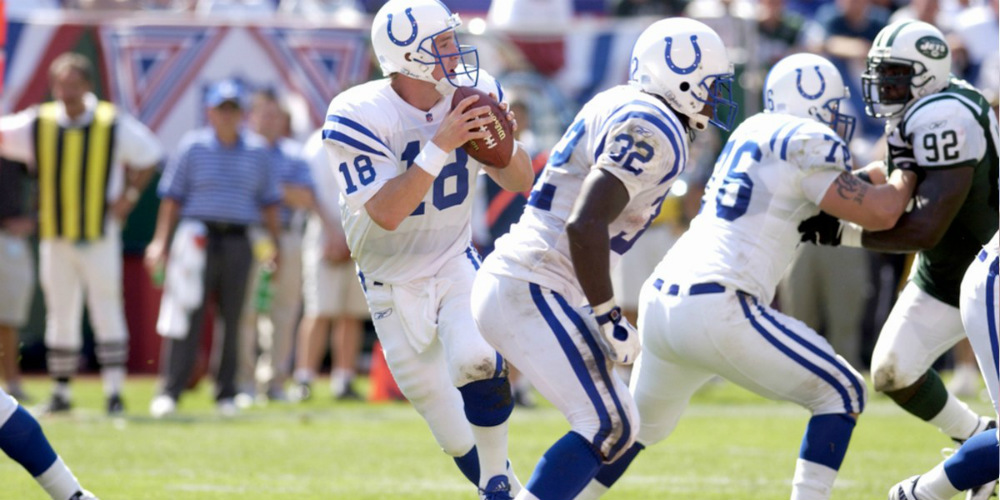 More and more athletes are turning to stem cell treatments, because the pressure to get back on the field is high and access to these experimental therapies is continuing to increase. Athletes commonly suffer serious injuries that could potentially end their careers and cause them serious long-term health complications. Most of them turn to surgery to resolve those injuries.

However, some of them are  pursuing stem cell treatments and regenerative therapies, because these procedures are less invasive than surgery and have the potential to speed and augment repair. While the effectiveness of these surgeries is largely unknown, what is clear is that a growing number of athletes are turning to this approach.

This article outlines 40 pro athletes who have undergone stem cell treatments for their knees, hips, ankles, shoulders, and more. It also includes athletes who have pursued regenerative therapies, such as platelet-rich plasma (PRP) therapy.

In my case as a professional athlete, I received both of these therapies within a short time frame with each other, because there is evidence to indicate that PRP injections can positively impact stem cell treatment outcomes.

The 14 athletes below pursed regenerative therapies to resolve knee injuries and complications.

In 2010, the NFL player Jarvis Green went to Regenexx to seek stem cell treatment for his knees. The treatment involved extracting stem cells from his bone marrow and then injecting it into his knees. Prior to this, Green had two knee surgeries, which both resulted in complications and long recovery periods.

The running back for the Denver Broncos also had stem cell treatment for his knees. He had his treatment in 2013 but has yet to disclose which stem cell clinic he used.

Hines Ward was among one of the first athletes who turned to stem cell treatment for a speedy recovery. He had joint regeneration therapy using cell prolotherapy at Intermountain Stem Cells. The treatment was for a knee medial collateral ligament sprain.

The defensive lineman for the Falcons underwent a knee surgery and used stem cell therapy to speed up his recovery. The surgery was for a torn medial collateral ligament in his left knee.

Jamaal Charles had a torn anterior cruciate ligament on his knee and had ligament-repair surgery. His stem cell therapy involved extracting stem cells from his bone marrow and injecting them into his knee.

Rolando McClain had been experiencing chronic pain in his knees for two years, and then he suffered a high ankle sprain. During his offseason, McClain went to USA Precision Stem Cell and had liposuctioned fat cells autologously injected into his knees.

The Raiders’ linebacker injured both of his knees and then underwent stem cell treatment during his offseason.

When Alex Rodriguez sustained a knee injury, he went to Germany for stem cell treatment. The procedure was a platelet-rich plasma therapy that was injected into Rodriguez’s knee. They also injected it into his shoulder to prevent future inflammation.

Josh Hamilton of the Texas Rangers had experienced swelling on his knee for a long time before he finally consulted with Dr. James Andrews to then received a stem cell and platelet-rich plasma injection.

The pitcher for the Los Angeles Dodgers didn’t want to risk his career by allowing surgery on his knees. Instead, he went to joint Intermountain Stem Cells for regeneration therapy using stem cell prolotherapy.

Kobe Bryant traveled to Germany to seek stem cell treatment from Dr. Peter Wehling for the degeneration of his knees.

Pau Gasol had an autologous stem cell injection on his knee to remove degenerated tissue without surgery. The procedure was a focused aspiration scar tissue removal done by Dr. Steve Yoon at the Kerlan-Jobe Orthopaedic Clinic.

Chris Johnson sustained a meniscus injury on his left knee, but he continued to play through the season. The injury worsened and Johnson lost a lot of cartilage throughout the remainder of the season. He sought out Dr. James Andrews and had stem cell therapy to accelerate his recovery.

The three athletes below pursed stem cell therapies for ACL and MCL repair (ligaments within the human knee).

https://www.instagram.com/p/BlsdJB0hy-A/
The famous golfer confirmed in 2010 that he had undergone a stem cell treatment. He received joint regeneration therapy with platelet-rich injections.

Stephen Curry had a grade-1 MCL sprain and consulted with Dr. Russ Riggs from the Reflex Clinic in Tigard regarding stem cell treatments. Dr. Riggs advised Curry to have PRP injections to help his recovery by reducing the inflammation and pain. It is unknown whether he also received a stem cell treatment.

The former NFL player went to South Korea’s Chaum Anti-Aging Center to seek treatment for an ACL injury. There, he had bone marrow-derived stem cell injections for ligaments, tendons, and joints.

The Jacksonville Jaguars guard sought stem cell treatment for cartilage regrowth in 2013. However, Uche Nwaneri has not yet gone public about which clinic at which he underwent treatment.

Marquis Maze, the former University of Alabama receiver, had stem cell therapy for a muscle injury at USA Precision Stem Cell. The procedure was an autologous operation for his damaged joints and muscles.

https://www.instagram.com/p/l3a30Zv0Hj/
LaRon Landry missed a lot of games in 2012 due to an injury to his left Achilles tendon. Instead of seeking surgery, he went to AminoMatrix and had PRP treatments for his torn tendon. It is unknown whether he pursued stem cell treatment as well.

Cliff Lee is one of the many athletes who has gone to Intermountain Stem Cells. According to their website, Lee had a joint regeneration therapy using stem cell prolotherapy.

The Olympic swimmer had mild arthritis in her knees, which worsened due to her training. In 2009, she had an autologous chondrocyte implantation to regrow the cartilage cells on her kneecap.

The veteran rugby player took a break from his career due to damaged knee cartilage. With the hope of reviving his career, he had stem cells injected into his right knee at a clinic in Queenstown.

Among the major league athletes, Bartolo Colon’s stem cell treatment has had some of the most coverage. He was sidelined due to a torn rotator cuff and elbow injury in 2005. He was then one of the first athletes to receive a stem cell transplant on his arm from his fat and bone marrow.

Andrew Heaney went public about having stem cell treatments in 2016. He had a torn ulnar collateral ligament and received stem cell therapy to aid his recovery.

Garrett Richards had a torn elbow ligament and wanted to start surgery right away. Instead, the team’s physical therapist Bernard Li advised Richards to try stem cell treatments. In May 2017, stem cells were extracted from his bone marrow and injected into his elbow.

The Real Madrid forward sustained a hamstring injury and tried stem cell treatment to hasten his recovery for their next game in Manchester. The procedure involved harvesting stem cells from his own bone marrow and injecting it into his hamstrings.

The Giants running back Ahmad Bradshaw underwent a foot surgery that involved having screws inserted into his foot for two fractures, which he regretted within the year. It wasn’t until 2011, when a new fracture occurred, that he decided to seek a different form of treatment. Instead of following through with the surgery, he tried stem cell injections to promote bone regrowth in his foot. In 2012, he had the screws taken out and played for the rest of the season.

Prince Amukamara of the New York Giants sustained a broken bone in his left foot from training camp. For bone regeneration, he had stem cells harvested from his bone marrow and injected into his foot.

The Olympic athlete David Payne suffered a shin injury while he was training for the Olympic trials in 2011. In an attempt to reach his optimum for the trials, he had stem cell therapy with PRP as a regenerative procedure.

Other Types of Stem Treatments for Athletes

The two athletes below pursed other types of stem cell treatments for athletic injuries.

Ray Lewis is another high-profile athlete who received a stem cell treatment for a sports-related injury. Lewis traveled all the way to Europe for stem cell therapy on his triceps.

The football star Peyton Manning suffered a neck related injury while playing ball. He traveled to Germany to undergo stem cell treatment, where stem cells from his fat cells were harvested and injected into his neck.

The eight individuals below pursed regenerative therapies for conditions beyond sports-related injuries.

The hockey player Gordie Howe experienced a number of small strokes in 2014. At the age of 86, his right side had become paralyzed. Dr. McGuigan from Stemedica, a stem-cell manufacturer, offered Howe and his family an experimental stem cell treatment. The procedure involved millions of neural stem cells injected into his spinal column. He started exhibiting results within days.

Jose Contreras was suffering from chronic pain in his joints, and was among one of the first high-profile athletes to try PRP therapy as an alternative to surgery and other invasive procedures. It is unknown whether he also received stem cell treatment.

Daisuke Matsuzaka was the highly fought-for pitcher in 2006. He is also one of the major league athletes who had PRP therapy for painful joints. Some reporters believe he may have received other regenerative treatment as well, such as stem cell therapy.

The 82-year-old Nascar driver joined his wife in seeking stem cell treatments to better their health and regain some youth. Foyt had adult stem cells injected into his blood, ankle, and shoulder.

Jack Nicklaus is a golf legend with 120 professional tournament victories. He went through various medical procedures to help with his chronic joint pain and inflammation. In 2016, he tried stem cell therapy at the Isar Klinikum in Germany. The procedure used liposuctioned abdominal stem cells stained with Matrase to break down the fat tissue.

The tennis player Rafael Nadal had stem cell treatment for back ailments. Stem cells were injected into a joint in his spine to help repair the cartilage. He had also received a similar procedure for his knee the year before.

Seven-time Formula One champion Michael Schumacher received a stem cell infusion in an effort to treat complications sustained during a near-fatal brain injury that occurred in a 2013 skiing accident in the French Alps. After the brain injury occurred, Schumacher’s was placed in a drug-induced coma and doctors attempted to remove blood clots from his brain. Schumacher won a record 91 Formula One races before retiring in 2012.

Max Scherzer is a baseball pitcher for the Washington Nationals, the Major League Baseball Team who won the 2019 World Series. A back injury he sustained mid-2019 has prevented him from pitching for the Washington Nationals since he last played on July 25. Scherzer had a stem cell injection for a strain in his shoulder and back and may have previously leveraged stem cells to treat a thumb injury.

Stem cell therapies now offer novel alternatives to many surgical procedures. With more and more athletes exploring regenerative treatments, they will play a growing role in the future of sports injuries at both the amateur and professional level.

For those that want to learn more about stem cells therapies for personal reasons, the best avenue for more information is either your primary care provider or a stem cell specialist.

GIOSTAR is a global stem cell company that has treated a large number of patients and can answer your individual medical questions. You can reach them at this link to schedule a consultation or ask them your questions.

Up Next: Cost Of Stem Cell Therapy