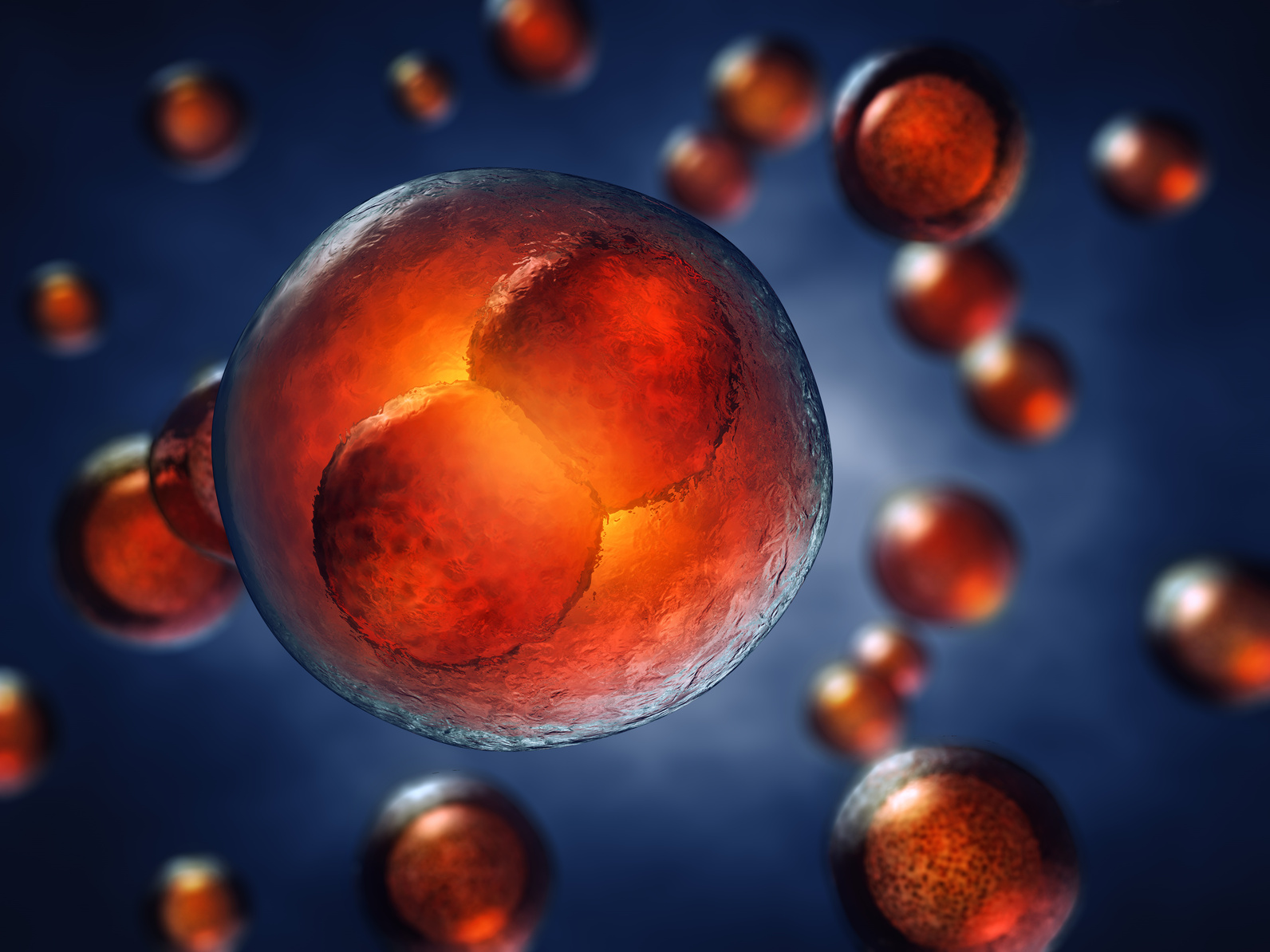 If you are an investor considering an opportunity related to induced pluripotent stem cells (iPSCs), the market can initially appear technical and confusing. However, if you focus on a few key points of understanding, you’ll be able to assess the technical attributes that matter, including what defines the cell type, advantages and disadvantages, key events driving market growth, and opportunities for commercialization.

To begin, the best place to start is with a clear definition of the cell type.

Similarities between iPSCs and ESCs include:

However, the full extent of the relation of iPSCs to natural pluripotent stem cells is still being assessed.[2]

Depending on the methods used to induce pluripotency, reprogramming of adult cells to obtain iPSCs could create risks that limit their potential use in humans. For example, if viruses are used to genomically alter the cells, the expression of cancer-causing genes (“oncogenes”) may potentially be triggered. [3] In February 2008, researchers revealed the discovery of a technique that could remove oncogenes after the induction of cell pluripotency, thereby increasing the potential use of iPSCs in humans.[4]  In April 2009, it was demonstrated that generation of iPSCs is possible without any genetic alteration of an adult cell. Rather, a repeated treatment of the cells with certain proteins channeled into the cells via poly-arginine anchors can effectively induce cell pluripotency.[5] The name given to this technique is protein-induced pluripotent stem cells, represented by the acronym piPSCs.

Because protein induced pluripotent stem cells are iPSCs generated without any genetic alteration of the adult cell, they are often regarded as the safer alternative for use in humans. However, a mere replacement of oncogenes with their downstream oncoproteins may not eliminate the cancer risk, and further evaluations are needed to reach any “safe” claim for iPSCs, regardless of how they are made.

Induced pluripotent stem cells were first produced in 2006 from mouse cells and in 2007 from human cells, by Shinya Yamanaka at Kyoto University. The discovery was a vital advancement in stem cell research, as it allows researchers to obtain pluripotent stem cells without the difficult legal, technical and ethical controversies that have long surrounded deriving cells from embryos.

Yamanaka and his team reprogrammed adult mouse fibroblasts into iPSCs by introducing four reprogramming factors: Oct4, Sox2, c-Myc and Klf4. Subsequent work by James Thomson and colleagues replicated Yamanaka’s success with human cells and revealed additional factors, Nanog and Lin28, which facilitate the reprogramming process.[6]  Yamanaka was later awarded the Nobel Prize for Medicine or Physiology for his work with stem cells.

As mentioned above, in February 2008, researchers demonstrated that oncogenes could be removed after the induction of cell pluripotency, thereby increasing the potential use of iPSCs for use in humans. Furthermore, in April 2009, scientists created piPSCs using protein-induced pluripotency to generate iPSCs.  By 2009, ReproCELL, a company established as a venture company originating from the University of Tokyo and Kyoto University, was the first to make iPSC product commercially available with the launch of human iPSC-derived cardiomyocytes, which it called “ReproCario.”[7]

Over the next few years, iPSC research advances accelerated exponentially, with perhaps the most momentous milestone being the launch of the first clinical research trial ever involving the transplant of autologous iPSCs into humans (“autologous” meaning the cells are both derived and implanted into the same patient).  Previously, all clinical trials using iPSCs involved only the creation of iPSC lines from specific patient populations and subsequent evaluation of these lines for determining whether they could represent a good “model” for a disease of interest within that population.

2013 was the first time in which clinical research involving transplant of iPSCs into humans was initiated, led by Masayo Takahashi of the RIKEN Center for Developmental Biology in Kobe, Japan. Dr. Takahashi and her team are investigating the safety of iPSC-derived cell sheets in patients with age-related macular degeneration. In August 2014, the first patient was implanted with retinal tissue generated using iPSCs derived from her own skin cells.[8]

Also of great significance, Kyoto University Hospital in Kobe, Japan, announced in February of 2015 that it will be opening an iPSC therapy center in 2019, for purposes of conducting clinical studies on iPSC therapies.[9]

The key ethical advantage of iPSCs is that, unlike embryonic stem cells, they are not derived from human embryos. As such, they are far more likely to obtain U.S. federal funding and support and more likely to be investigated in conservative regions of the world. Another significant benefit of iPSC technology is that it allows for the creation of cell lines that are genetically tailored to a specific patient. This could potentially eliminate the concern of immune rejection.

The key disadvantages of the cell type are that production of iPSCs using retroviruses is associated with cancer, because retroviruses can insert DNA anywhere within a cell’s genome, allowing for potential activation of cancer-causing oncogenes. Another risk associated with iPSC technology applied to humans is the fact that c-Myc, which is one of the genes commonly used in iPSC reprogramming, is a known oncogene whose over-expression could also cause cancer.

For these reasons, before iPSC use in humans can become widespread, several limitations need to be overcome. First, researchers need to be able to reprogram adult human cells without using agents that have the potential to cause cancer. Second, reprogramming factors need to be refined to produce consistent, reliable, definable states of pluripotency. Teams of researchers are working on these areas, and to date, one of the notable advances has been the successful investigation of the use of small molecules as reprogramming factors.

Finally, there are currently 4 major areas of commercialization for induced pluripotent stem cells of which investors need to be aware, which are described below.

2) Cellular Therapy:  iPSCs can be used for cellular therapy applications, including autologous transplantation and potentially gene therapy. The purpose of cellular therapy is to reverse injury or disease.

3) Toxicology Screening:  iPSCs can be used for toxicology screening, which is the use of stem cells or their derivatives (tissue-specific cells) to assess the safety of compounds or drugs within living cells.

4) Stem Cell Biobanking:  The goal of stem cell biobanking is to create a repository of stem cell specimens, including source tissue from which iPSCs can be derived, differentiated cell types produced from iPSCs, and disease tissues produced from iPSCs. Large-scale stem cell repositories provide researchers with the opportunity to investigate a diverse range of conditions using iPSC derived cells produced from both healthy and diseased donors. Importantly, these repositories can also greatly expand the capacity for global research and collaboration.

Each of these areas will be vital to the future commercialization of iPSCs. As such, they represent strategic, targeted areas for investment.

BioInformant is the only research firm that has served the stem cell sector since it emerged. Our management team comes from a BioInformatics background – the science of collecting and analyzing complex genetic codes – and applies these techniques to the field of mark research. BioInformant has been featured on news outlets including the Wall Street Journal, Nature Biotechnology, CBS News, Medical Ethics, and the Center for BioNetworking.