Home » What is CAR-T Cell Therapy? A New Way to Treat Cancer

For those who are facing cancer, it is important to answer the question “What is CAR-T?” This guide will answer the most common questions about CAR-T cell therapy for readers who want to understand this novel technology platform for treating cancer.

What you need to know about CAR-T therapy and its role in cancer treatment is described below.

CAR-T is pronounced phonetically, as “car tee cell.”  CAR-T is named after a mythical creature called the chimera. A chimera is an animal made of different parts of different animals attached together.

With CAR-T cell therapy, a patient’s T cells are modified within a laboratory, so that they they can find and attack cancer cells. Because CAR-T cells combine different parts from different sources, they are called chimera (meaning, “blended” or “fused”) antigen receptor T cells. T cells are a type of white blood cell that plays a central role in the immune response within humans. T cell that have been genetically altered into CAR-T cells function as “living drugs” when they are administered to patients.

What Is CAR-T Cell Therapy?

To understand CAR-T cell therapy, a brief history of immunology may prove helpful. An antigen is a foreign substance in the body, either a toxin or disease agent or unhealthy cell (as in cancer), that triggers an immune response. The body then produces white blood cells to attack the agent. It does this by binding to it with the use of antigen receptors on the surface of the white blood cells, or lymphocytes. Only then does the body produce antibodies to destroy the foreign or diseased agent.

The problem is that T cells, the white blood cells responsible for destroying tumor cells, are not always able to recognize and eliminate cancer. Therefore, to increase a patient’s immune levels, medical specialists collect blood, harvest T cells, and add specific antigen receptors to the surface of these cells. Then, they inject the cells back into the patient via blood transfusion, where they multiply and can attack cancer, either with or without the aid of additional therapies.

Specifically, the antigens can then recognize the protein CD-19, which forms on the surface of B cells, a type of blood cell that frequently becomes cancerous. By knowing which proteins to look for, the modified T cells can hunt them down, attack, and destroy them throughout the bloodstream.

How to Make CAR-T Cells?

Physicians make CAR-T cells via a careful process. First, the patient is set up in the hospital and prepped for a blood draw, followed by a long stay. Most patients are quite ill by the time they start CAR-T cell immunotherapy, necessitating they remain in the hospital until the completion of the treatment.

Doctors then take a patient’s blood and feed it into an apheresis machine. This device separates out the white blood cells, T cells included. Then it feeds the remaining blood back to the patient. This means they do not lose a lot of blood while physicians now have a healthy supply of cells to transform. Doctors then freeze the harvested cells and send them off to a lab.

Lab workers then take the collected T cells and introduce a gene that manufactures the chimeric antigen receptor into the DNA of each cell. Lab workers then grow millions of versions of these cells. Once they have enough, they harvest the cells, freeze them once more and deliver them back to the patient via transfusion.

Both these T cells, plus the ones subsequently manufactured by the patient’s body, can then bind to and attack the cancer cells.

As described above, CAR-T cells are T-cells (immune cells) that have been modified to match markers present on the outside of cancer cells, allowing them to selectively find and attack them.

To create CAR-T cells, physicians extract T-cells from a patient, genetically alter them, multiply them in number, and re-infuse them to the patient so that the engineered CAR-T cell can selectively attack cancer cells. The patient response is then monitored using a variety of tools.

To summarize, there are four steps involved with the CAR-T cell therapy process:

CAR-T for Leukemia and Lymphoma

Cancer is a silent killer. Too often, it has devastating results, because the cells in the human body are not adept at killing it. This is the case with T cells, human immune cells whose responsibility is to fight invasion and disease.

As the Cancer Treatment Centers of America points to CAR-T treatment as a novel way to treat cancer, it could drastically alter the medical outlook for both children and adults. These patients would otherwise be without the possibility of a cure.

However, CAR-T immunotherapy is not a cure-all for every patient. For some, it only works for a short time before the cancer relapses. Other patients respond to it, but suffer such severe side effects that it does almost nothing to ease the symptoms. While researchers work furiously to determine why some treatments work on cancer cells and others do not, they still have not arrived at a firm answer.

Kymriah was approved by FDA in August 2017 to be used in children and adults with ALL. In May 2018, the FDA approved Kymriah for a second indication (diffuse large B-cell lymphoma). The second CAR-T product, Yescarta, was approved by FDA in October 2017 for patients with lymphoma. Since then, numerous regulatory agencies worldwide have offered approvals for these CAR-T therapies and more than 100 companies are now developing CAR-T therapies.

Because CAR-T is a new technology, it has certain challenges. First, it is expensive to manufacture antigens in a lab and attach them to T cells. Second, it takes a long time and carries a number of different specifications in order for candidates to gain approval for the treatment. So, exactly which candidates can receive CAR-T cell therapy?

Who Is a Good Candidate for CAR-T Cell Therapy?

As mentioned, the U.S. FDA approved the use of two CAR-T cell immunology treatments in 2017:

Both treatment protocols modify T cells to help them recognize and attack diseased B cells in the blood. Patients with either leukemia or B-cell lymphoma may apply for the clinical trial at this time. However, they cannot do so without first trying at least two other cancer therapies of a more standard nature.

Currently, researchers are experimenting with CAR-T therapies for other types of cancers as well. These include leukemia and lymphoma subtypes, as well as non-blood-borne cancers. Its ability to fight solid tumors, or those that do not spread throughout blood or bone marrow, have thus far proven less than impressive.

Because transforming T cells is such a complex process, the treatment is typically a long one for the patient. From beginning to end, the transformation and reintroduction of cells may take up to 3 weeks. During that time, the patient is compromised even more than usual due to the reduction in their T cell population. That’s why they usually stay in the hospital during the entire process. This way, doctors can monitor them and make sure their immunity stays as robust as possible.

Before introducing the modified T cells to the patient, physicians typically give them a round of chemotherapy. This helps to weaken their immune system further, which reduces the chances that existing T cells will outnumber the new ones. Counterintuitively, by depressing the immune system in the short run, doctors give patients the best chance of engineered T cells multiplying and doing their job. 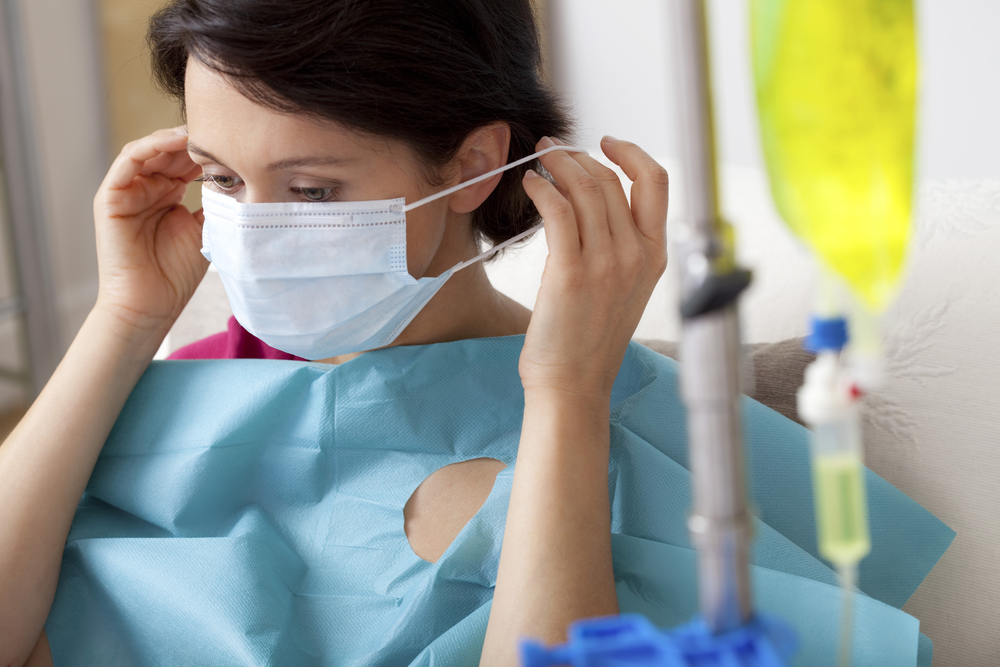 The transfusion itself is typically short and painless, lasting only about an hour. After staying in the hospital for monitoring, patients must come in regularly for a few weeks afterward.

What Are the Benefits of CAR-T Cell Therapy?

The huge benefit of a treatment like this is the T cell modifications will last for life. Each time a body’s T cells encounter a toxin or disease agent and develop antigen receptors and antibodies to fight it, the person has that ability forever. That means patients who receive modified T cells now have the tools to fight their particular cancer for the remainder of their days.

This makes CAR-T cell therapy more than a treatment. For example, while chemotherapy and radiation are effective, their curative effects end when the treatment ends (or, more accurately, a few days or weeks after the last course). In contrast, modified T cells are present forever, turning this type of immunotherapy into a “living drug.”

Are There Drawbacks of CAR-T Treatment?

When it comes to this experimental therapy, potential side effects do exist. These include:

Also, while the process is beneficial to some patients, it is extremely time-consuming. Some question where it can actually serve the broader population, considering the necessary time and specialization required.

While CAR-T therapies are long-lasting, it is very expensive to access these therapies. Kymriah and Yescarta are offered at the following prices in the U.S.:

Because of these high price tags, some insurers have been slow to offer coverage for CAR-T cell therapy.

In July 2020, the U.S. FDA approved a third CAR-T cell therapy, Kite Pharma’s brexucabtagene autoleucel (sold as Tecartus). In February 2021, Breyanzi became the fourth CAR-T approval and the first product with RMAT designation to be licensed by the FDA. In March 2021, the U.S. FDA approved a fifth CAR-T cell therapy, Abecma, for the treatment of relapsed or refractory multiple myeloma after four or more prior lines of therapy. By September 2021, JW Therapeutics achieved NMPA approval of Relma-cel in China, making it the first CAR-T product independently developed in China and approved as a Category 1 biologics product, as well as the sixth approved CAR-T product globally.

Without a doubt, these global approvals confirm that CAR-T cell therapy is a promising new treatment approach. As its manufacture, administration, and safety profile improve, it will become an important tool in the cancer treatment toolkit.